Hobby round up for the week

Had an awesome wkend of wargaming at the Auckland Open, run by the East Auckland Elites. Their first tournament and sure to be many down the pipeline in future after a very successful event run by Rod & Nikola. I entered the casual WFB doubles 1400pts with an army of Wood elves. It was perfect practice and the first outing for them in a tournament. I had gathered some ideas and msu and a Lvl 4 with life was my list. 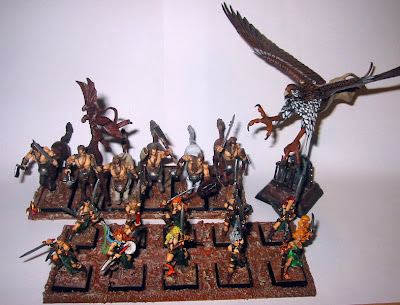 A bare bones list and with one magical item. My theory was that I wanted to take these models which I had just finish painting and it came to 1400pts which meant it was ready to go. Who needs tuning and uber armoured killy characters anyways. The army was a totally different beast to what I'm use to and the reliance on magic and deployment was a real challenge and led to some great enjoyable games. I was partnered with an Ogre list and to be fair it was almost identical to the other 2 Ogre lists making it to the event. This took the form of a large Ogrestar with tricked out characters boucing to the front rank in combat with accompanying big gribbly and some redirecters. It actually worked a treat and with the Ogre doing the combat the Wood Elves did what they did best which was shoot the bezzzus outta stuff. What magic str3 shooting can do and two wounds on a Hellcannon there and a few killing blows into some Coldones there, funs. 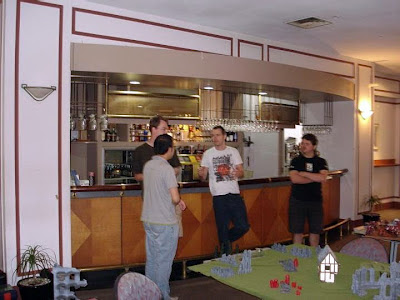 With some convenient way stations the tournament was a hoot. We ended up with 4wins and 2 losses and came second overall. With a small crowd for WFB it was great to have a chat and catch up with all the guys. Got my two games of pool in during the weekend and a couple of pints and learnt a little bit about playing wood elves. Now just to get all those other models painted so I can field a 2400pt force. 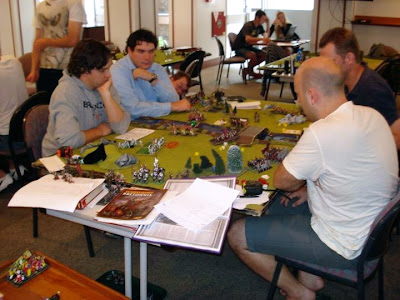 A studious moment, especially with a great big river down the middle of your deployment.

The eventual winners Rory and Antony with 'The power of men!', a Empire and Bretonnain Alllied force. 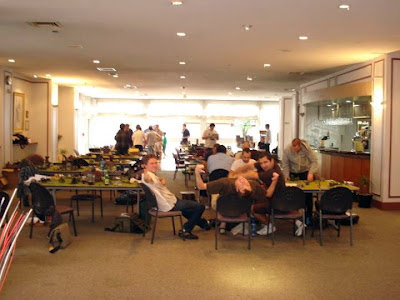 Big spacious and top class venue. Keep an eye out with some free time if you're keen for a tournament middle of next year.

Here's my army pick of the week. It's a friends Biel Tan Eldar, with a spectacular Revenant Titan. Almost makes me want to get my Marines back on the park. It's Flames of war this weekend, but here's some pictures and the link to his site Here 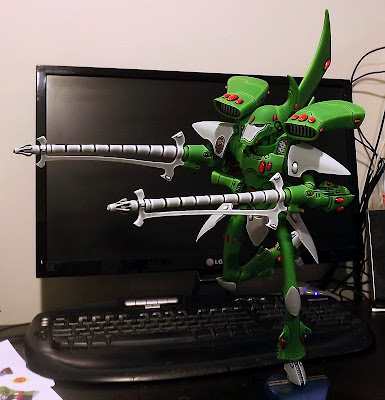 All hand painted and worthy of a tut as that is one smooth paint job. 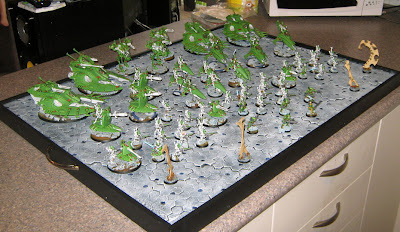 And the rest of the force that you'll bound to see at a tournament near you soon. 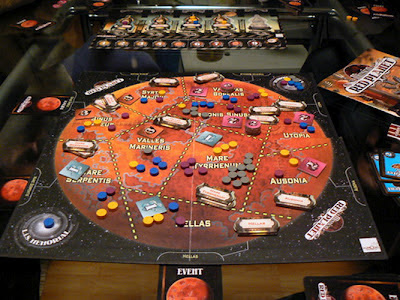 3-5 Player easy to learn stratergy game. It took me about the 3rd game to get all the nuances but highly enjoyable from the get go.
Posted by Elven Glades at 00:43 No comments:

Ready for this weekends Tournament

Always good to use a tournament to motivate some work on an army and also get some projects finished. So for the doubles tournament I'm going to rock out some Wood Elves for the very first time. Went and got some wardancers from the local hobby shop and it was great they had it on the shelves and that's the beauty of having a local retailer and we all should be happy we have them and support them when ever we can. So not happy with a normal movement tray I went the whole hog and made a skirmish tray for them fully ready for magnetised models.

Thats some magnetic paint on the tray and it looks primo once all painted. I must admit it was pretty satisfying to my OCD to make this and all my skirmishers are going to get the champagne treatment at some stage now. I used some cardboard, Selleys filler, assorted flock and plastic sprue to make this bad boy. It took way too long but ultimately satisfying.

I also thought it was a good time to get my Grif-Eagle conversion ready for the tournament. The new GW wings on the IOB set Griffon was my inspiration and now I'm in the process of making two that can swap between my High Elves and Wood Elves. The inspiration was from another NZ blog and it looks pretty good and size wise too. 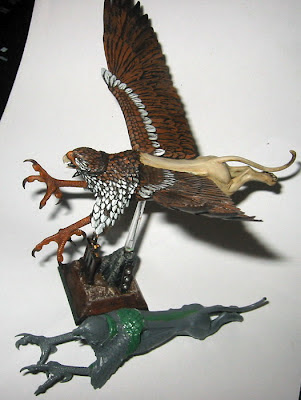 Bert the Eagle with WIP, Ernie the Eagle. I thought it was going to be quite hard to green stuff feathers to fill the massive gap once you remove the rider from the back. It turned out to be a biggish job but sculpting feathers is not as hard as you think at all. So two flying turkeys ready to wreck havoc on a hobby near you.

Posted by Elven Glades at 23:21 No comments:

We've got our first Doubles Fantasy Tournaments this year in Auck's and with 1400pts x2 each team it's going to be pretty cool. The East Auckland Elite's are holding the tournament and with a onsite bar and pretty stunning facilities my team mate and I are keen to design a list that plays itself and we get to enjoy the venue the majority of the time, apparently there are pool tables as well. Really looking forward to the weekend which is less than 9 days away. 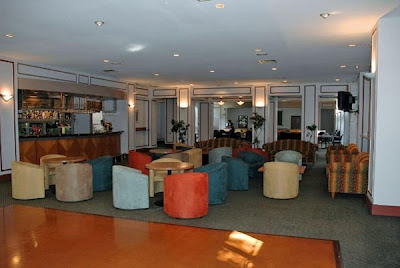 There is a 40K doubles tournament at the venue as well and I'll assume that the picture above will be well populated with wargamers over the weekend. I'll make sure I have a pew with a handy walk up to the stocked premises. Watch for the tourney report as it comes to hand. 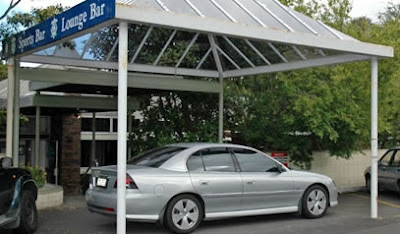 This is the entrance to the venue and it speaks for itself.

Art for the day. 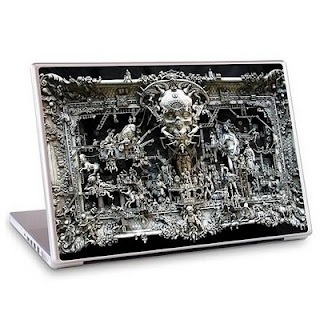 Can be found Here 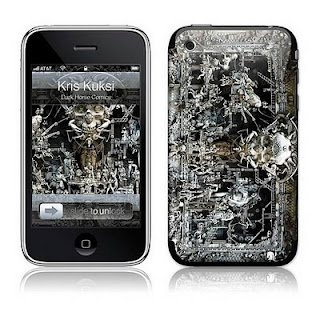 Can be found Here

Hobby round up for the week.

Good week for Empire generals as the upcoming GW release hits the shelves. The secret service was working over time with very little leaks prior to the White Dwarf pics on the internet a week ago. As with most of the new 8th ed armies this version of Empire features some superb sculpts and moulding tech and we get Karl Franz in a plastic kit. There is going to be mixed opinions out there but I really like all the new models even if Franz is using a hammer on top a giant elephant sized flying chook. 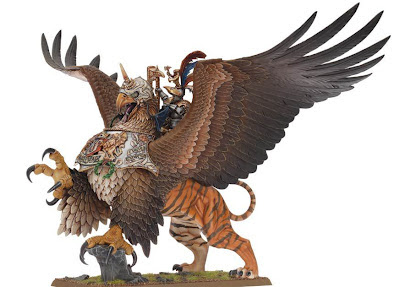 The Kit gives you the option of building a mounted Amber Wizard as well and the dual kits seems a great standard option. As always superb paint work from the Eavy metal team too. 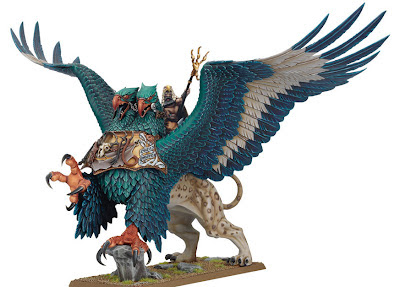 With the various other new Magically trolley contraptions and the release of Monstrous Cavalry for Empire the army looks like it will be a popular choice for upcoming tournaments. Especially with the inclusion of the brand new Witch Hunter to the rules and a very kik ass sculpt below. 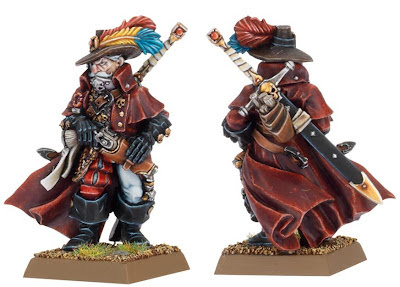 So I've looked at another range to use as my Empire army foot sloggers and Cavalry and Perry BRo's have some good options. Here are some of the options that look promising I've found on other blogs and the web that I'm very keen on 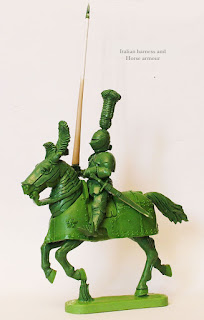 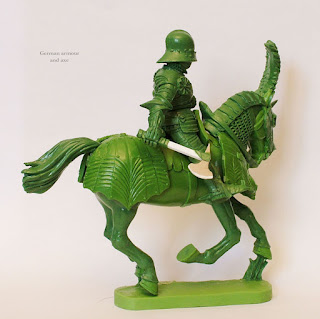 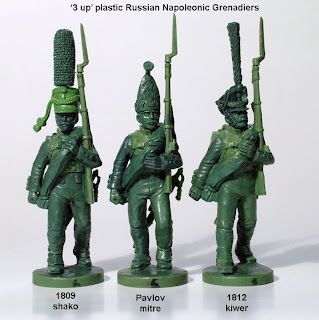 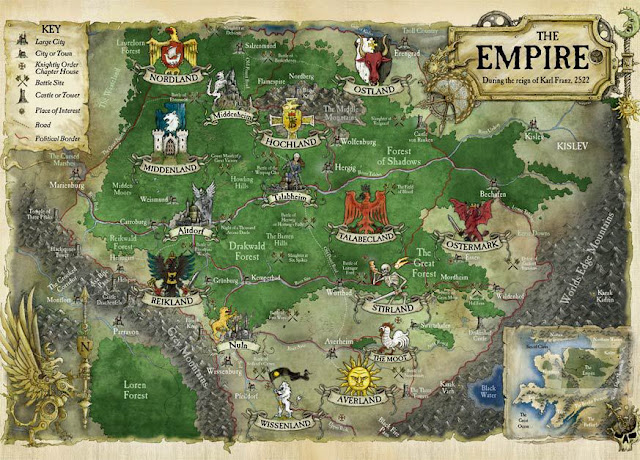