Doubles is just the right mix of hobby and enjoying the experience with a mate as you negotiate the Grim Dark of W40k combat. GW's 8th edition has given us a great opportunity to hold events that have seen good numbers of hobbyists throughout. Enjoying your hobby is key and doubles gets better and better. The smaller points makes sure you get close to/or completing your game at every encounter and leaving you wanting more. In designing the event, that's exactly what we were aiming for.

MonsterCon this year saw 48 competitors (24 teams) compete in the W40k competition. This fitted perfectly in our regular venue at the Hotel. With catered food and a bar it was the perfect place to host some doubles Warhammer. Big thanks goes to all those who came and competed in the right spirit. Good to also see so many new faces that are either attending tournaments more regularly or starting their hobby adventure with W40k.

Well played to all who competed and grats to the winners.


Thank you to you all for your positive comments. We can see that a visible timer clock with time remaining maybe useful in keeping everyone on time. We'll see what we can do in the following events this year for sure.

Remember that GuardCon 2018 is on in late September. Email me or the event page to get in quick and support your community. We're already gathering heaps of new terrain and have help from the community to make it a spectacular event this year. Keep the games fun and see you at a table soon. 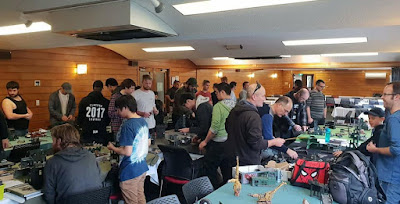 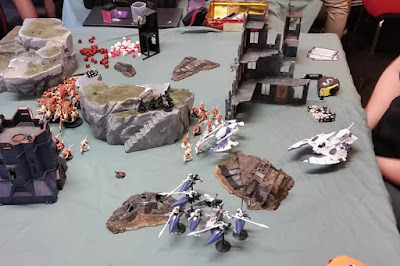 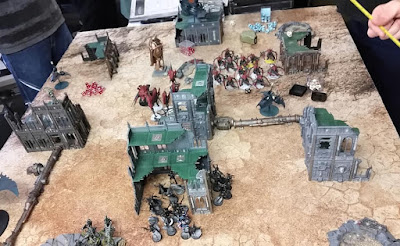 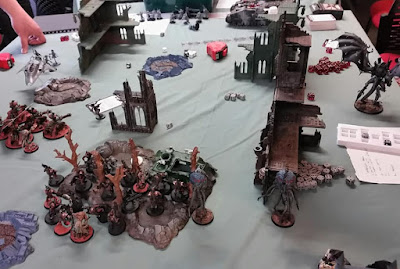 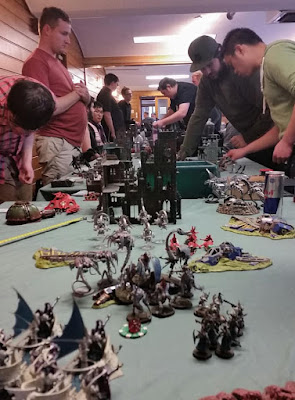 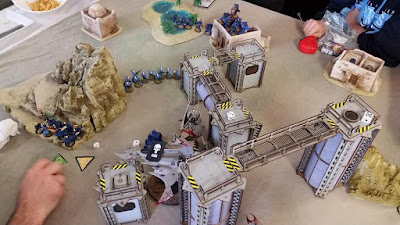 Posted by Elven Glades at 18:45 No comments:

Featuring the largest Warhammer 40K doubles tournament in NZ,
(We're aiming for 100 for just the W40K)
Also in attendance: 9th Age: Fantasy Battle, Age of Sigmar,
The Hobbit/LOTR, X-Wing, Board gaming and more!!

Hosted by Equinox Tournaments in association with the ACG Club.

Email for Information & Registration now at

(The tournament is open for FLGS who would like to help sponsor the event. Please get in touch and help us build the community)

Posted by Elven Glades at 23:08 No comments:

Arch Enemy held this year was W40K doubles format. It was a great opportunity to test a few ideas and also to fine tune the System that we plan to have in place with GuardCon in September. It attracted a good crowd as 40K doubles really does encourage some friendly banter and fun times. With four players to a table, it creates some memorable moments that you and your mate can celebrate or lament together.

With a good spread of twenty teams we got some great C&C over the weekend. Some spectacular games were witnessed and great fun was had. From the experience we can say that a much easier and neater scoring system will be used in our next event which will fix almost all the issues we encountered. Also smaller Army points allowance for each team will speed up games, making sure each team still has enough points so they can field an effective force whichever faction they choose. Expect a up to date players pack at our next event 'International Tabletop Day' in April.

Congratulations to the winners and a big thank you to the competitors. Continue to support your local events and lets build on the great game we have community! 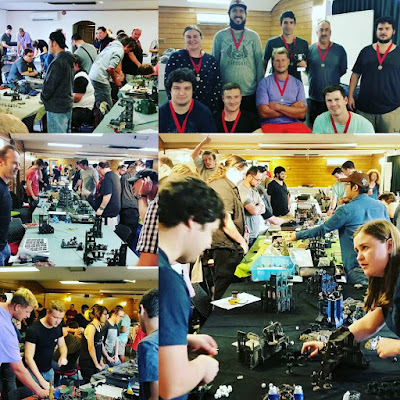 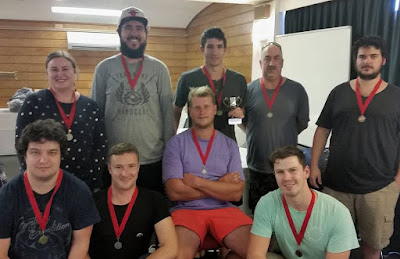 Good mix of new and veteran players at the event. 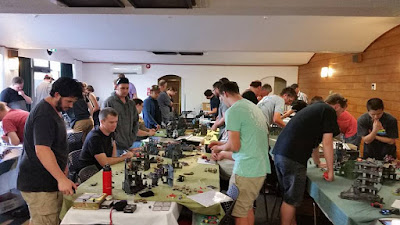 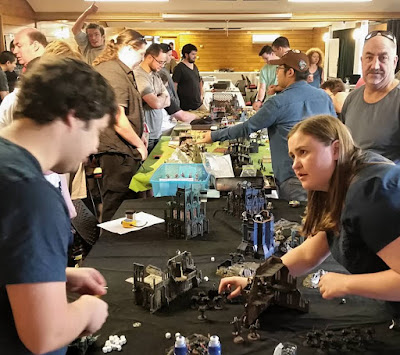 Good atmosphere all day for some spectacular games. 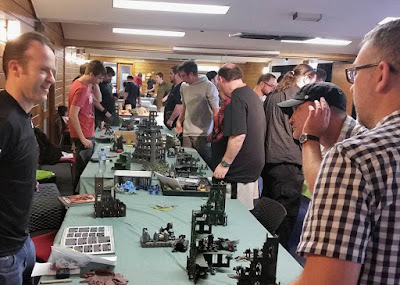 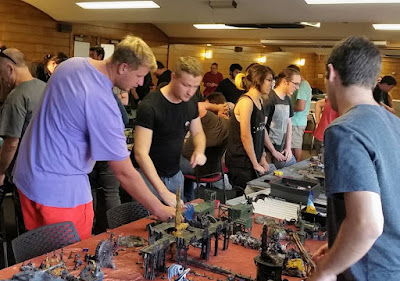 Thank you to our Sponsors:

Wargaming interest in the North Island of NZ is super strong at the moment and Equinox was run at the beginning of March so Hobbyists could rock their game during tournament season. This year saw a strange phenomenon which we haven't seen before of Hobbyists almost all registering their interest within three weeks till the tournament start. This meant that to ensure the tournament didn't see a huge loss, the venue was downsized for the Wargaming section of the convention. Some might say we upgraded as well, since we were Wargaming at the 'Auckland Rose Park Hotel' with full Bar, Restaurant, and Air Conditioning. Hosting almost 50 players, the venue was a den of happy gamers.

Help us Event Organisers out Hobbyists. Pre-register early so that the tournament can have the time and resources to prep and plan a awesome weekend for you to enjoy fully. With almost 30 on the waitlist wanting to come to Equinox on the books and no space because of the smaller venue, we couldn't capitalize on perhaps another large gathering for our hobby . If those waitlisted had been a little earlier in the show of interest, then it would have seen another super sized event that regularly happens at this annual Convention. The more attendees at an event means that we can promote our game to the public better and this is why we do this isn't it? We all want to grow our hobby so it doesn't just stay a small niche market. Lets do it better next event and make the hobby great again!

This year Equinox concentrated on the ever growing strength of numbers of Warhammer 40K and Fantasy battle. We saw travellers and locals competing at the Auckland venue and it created a great friendly rivalry between the group. It was spectacular to see Old and new players finding joy again playing their game at the venue. I for one have got wargaming in the blood and to see it amongst the whole group was a marvelous thing to witness. 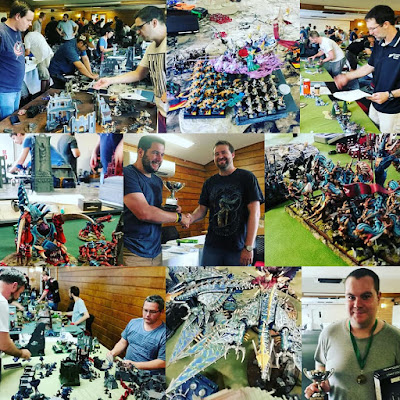 This year we had a great contingent from the Far North and Lower North Island providing some stiff competition for the locals. We saw a seasawing at the top of the tables with Tau, Tyranids, AM, Chaos and a few other factions all closely packed for the first days honours. It would be a very competitive second day that would decide the top tables. With so many varied factions and lists the majority of attendees reported that they were all enjoying the experience too.
Astra Militarum has been dominating events both here in Auckland and around the world lately. At Equinox, their dominance was going to be sorely tested. It was going to be a test of Strategic skill and the fall of dice to decide the Champion.

Congratulations to the Champions. The tournament had been designed to encourage maximum carnage and Kill points was the key to winning the tournament (mentioned in the morning pre-tournament brief) More complexity is planned for our next tournaments with a emphasis on making sure that it doesn't impact on the time required to play. With only 2hrs 30 in rounds, it left the game slightly tight for 2000pts. All those factors will be taken into consideration with future Players packs. 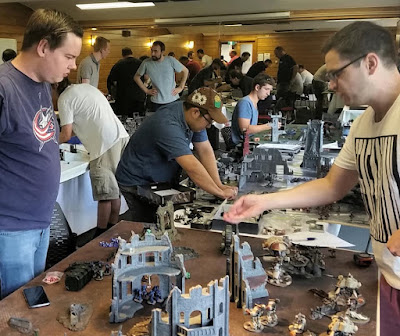 Good field of contestants and short a fair few regulars with real life commitments this time around. It would of been great to see more players support this event from around the country but ultimately it's a big journey if you don't live local. The tournament will endeavour to provide more advance notice where we can. It's good that the game is getting more traction and exposure and hopefully from word of mouth we can jump start this amazing real Fantasy Battle game into a heavyweight in the future.

This time around the tournament was using the Ver 2 Beta rules. I hear from good sources that this will be the stable rules for the next foreseeable future. It plays amazingly well and is an excellent design with signature innovation. If you've been a WHFB or other type of Fantasy Battle enthusiast then this ranked battle game you should definitely give a go. Use a Army builder and it makes it easy to create your lists for tournaments. The ability to build multiple lists to chose from will not only make you enjoy the game better, it will make submitting your lists to tournaments a breeze.

With Ver 2 so new to the community there wasn't a meta just yet. Equinox was a great way to test your army and play in a tournament environment with multiple new opponents. From the games I saw, you were rewarded if you stacked the phases to your advantage and was rewarded with action vs inaction.

NB:
1. There were numerous late lists and we waived the first offence. Multiple repeated resubmits are not acceptable in any situation and a minor 4pts was deducted. We will look at this situation moving forward and perhaps introduce a disqualification for repeated offences. A more concise list of strict penalties will be available in future. Honestly we never thought anyone could muck up repeatedly in this age of gaming support apps.
2. Penalties were not added to your scores during swiss chess so it would not in any way affect match ups to give advantage or disadvantage.
3. Scores were open to view at all times to all competitors through to round 4 of the 5 round event.
4. The tournament used multiple Umpires from ACG to help run the event and this is the usual policy with all events Equinox tournaments run.

A Big thank you to our Sponsors. Go support them as they help
us make events happen for you!!

The Winners of the raffle were
Stan
Ken
Chris

If you're up in Auckland and Wargame, Board Game or Card Game then visit the ACG Club in central Auckland. Click Here. 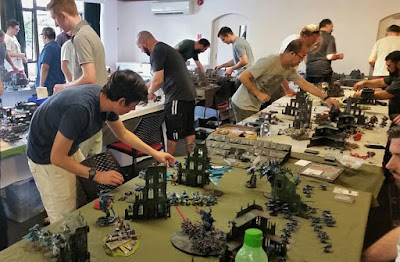 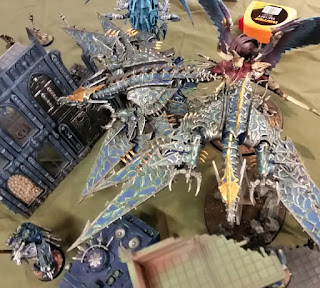 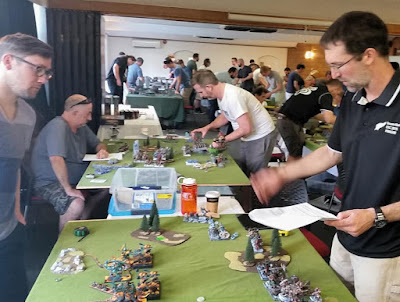 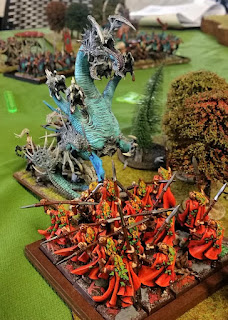 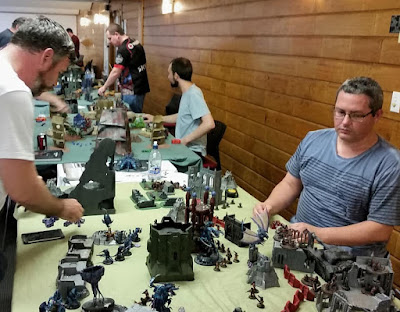 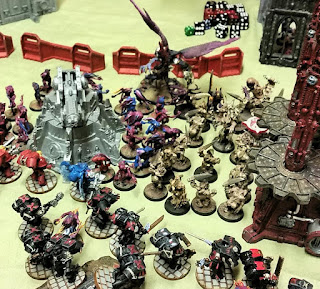 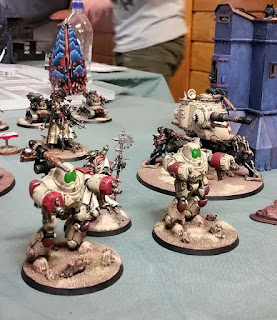 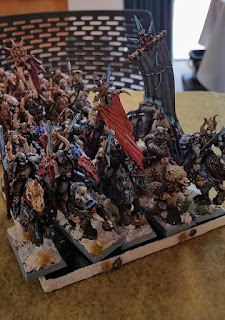 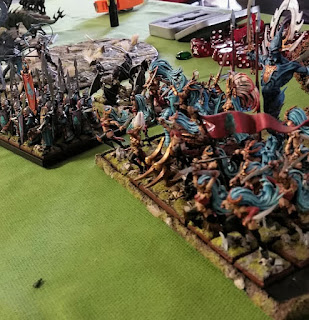