Another year and the gathering of Generals have brought along a whole mob of battle ready, ferocious beasts. The concentration of Mythic beasts was most noticeable from the Northern wastes, with the Warriors of the Dark Gods fielding a wondrous 7 Monsters in their army.
This year saw a solid field using the ETC endorsed rules 'The 9th Age Fantasy Battle' at MonsterCon. A week out from the Huge tournament that is the 'European Team Championships'. We had a warm up crew that will surely be prepping for the next Huge convention 'GuardCon' in September. It warmed the heart to see that everyone was using combat heavy lists, that is the signature of the tournament. Carnage ensued and we had a huge wreckage of Beasts and Monsters battling out on the Boards. As the Dust settled, it seemed that the Infernal Dwarves had bred well in their magical beasts and the army took home both the Beast Slayer and the Titular title. 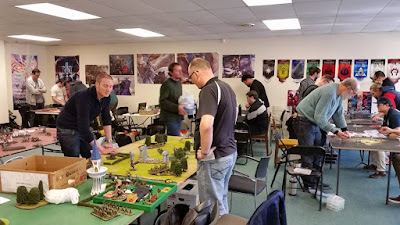 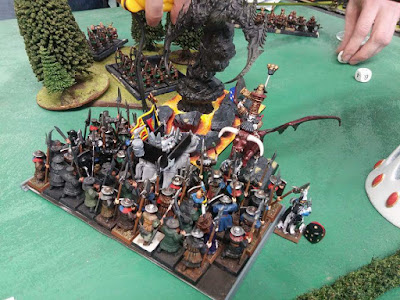 The Flaming Kadaii and Bull Taurus tears into the Peasant Infantry. 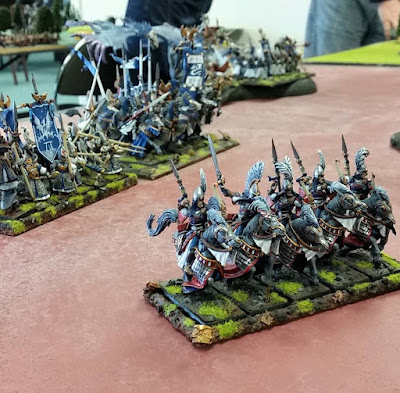 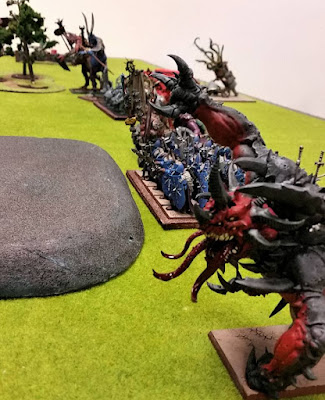 The Warriors of the Dark Gods gather a mighty Monstrous battleline. 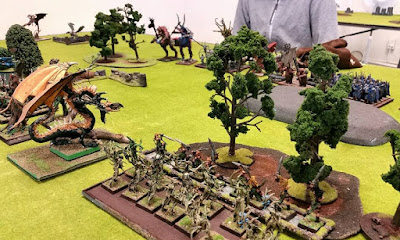 The Sylvan elves have awoken their Forest Dragon. 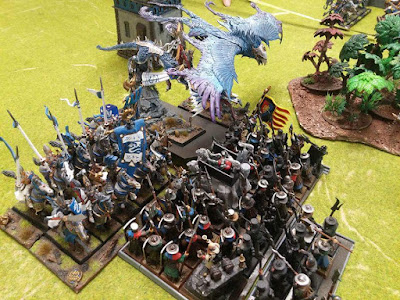 Elven Cavalry and their Monstrous allies crash into the Infantry Bulwark. 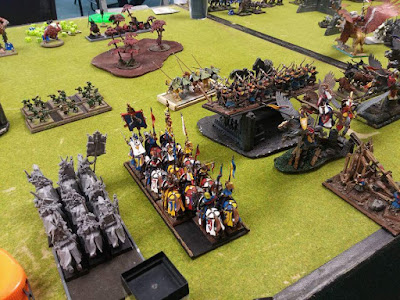 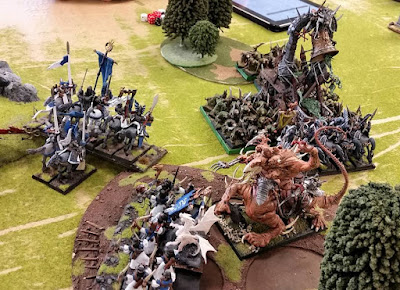 See you at the next huge 9th Age tournament in Auckland.
GuardCon!!

Posted by Elven Glades at 20:08 No comments:

X-Wing: Shoot Out at Spellbound Games

Pilots, 16 of them (full house) braved the wilds and atrocious weather of east Auckland, to stake their claim to the elusive VI card and ion token. Triple jumps were nowhere to be seen and Dengaroo was not willing to throw down a challenge. A whole raft of list showed and some with older codes but they still checked out. Big bases were in vogue and after many a shot was fired, it was the good old fashioned romance of Bro-bots taking out the win. 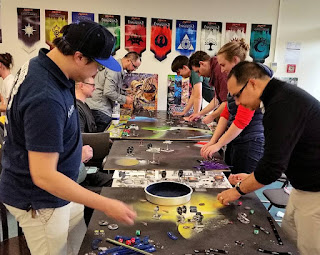 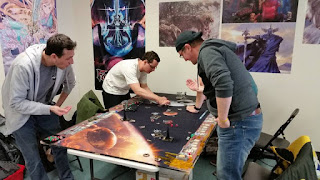 Cole (camera cannot focus on him) Brobot, wins the title. 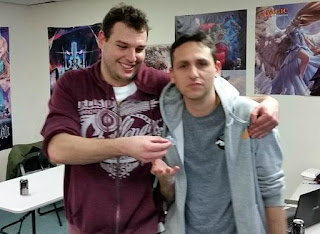 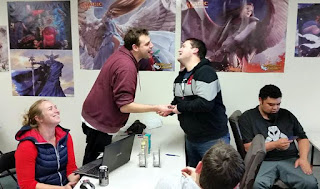 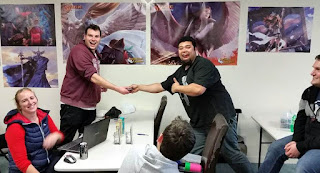 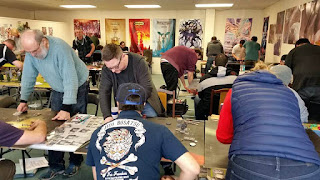 See you all next at GuardCon!!
Posted by Elven Glades at 15:18 No comments: