Exterminatus 2018 was the second tournament we ran using the Random Doubles W40k rules. It was held as a one day event, which allowed a few competitors a chance to come play, whom would otherwise find it hard to come to a traditional 2 day tournament. Numbers were great and we got our 32 man cap quite easily to the event.

A big thank you needs to go out to the Host Spellbound games and also all the field of competitors for playing in the right spirit on a very hot and muggy weekend in Auckland. First we had a tropical cyclone hit the top of the North Island and then a blazing few humid days to add to the frenetic weather conditions. We were lucky that everyone was so engrossed in the fun of 40k action that we made it through to the other side.

The system for W40k Random doubles meant that you were teamed with a unknown Ally and fighting a unpredictable opposition team each game. It made for surprising match ups as the Ally you may have just been playing with could be your opponent the very next game. No Swiss-chess predictability here, which was also the challenge if you were to win the event. So the victor of this tournament really deserves his win as it proved once again that the standard Space marine is still
supreme if played right. Here are the results. 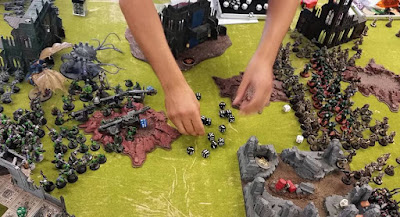 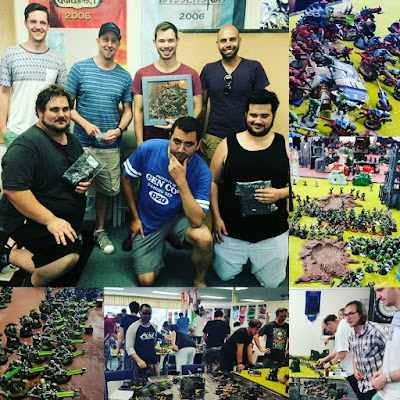 My favourite image for the tournament was this.
It was iconic to see a full flight of Dark Angels facing off the horde upon a battle scarred Imperium world. Only hot plasma holding off defeat and Lasguns crackling on armour plate tearing and ripping to topple your ranks. Suffice it to say that I went and checked the game a few times over the course. 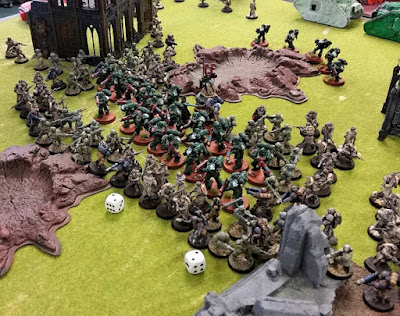 Gots to luv a good WAAGGHHHH!!! 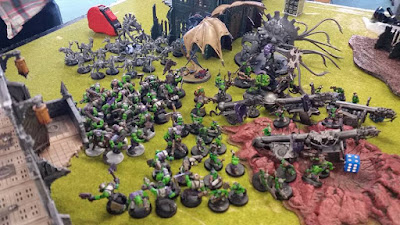 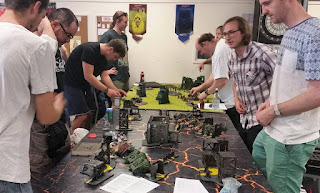 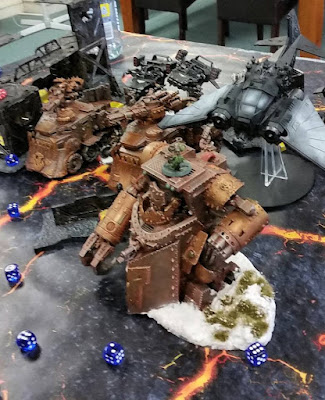 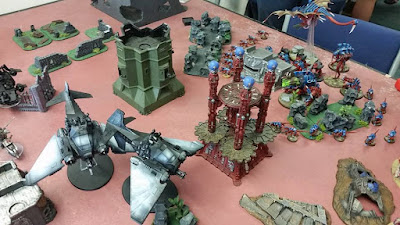 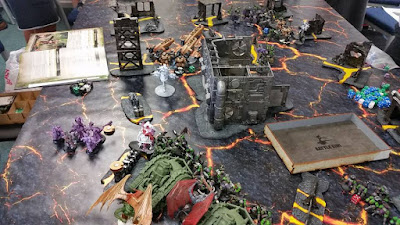 Well braved gents, that Souring Auckland humidity.
Everyone was more interested in their fun as games, Doubles rocks! 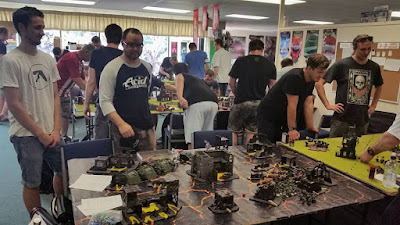 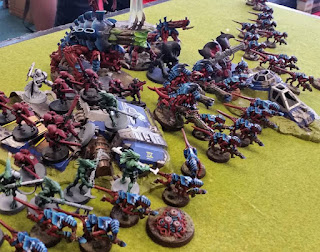 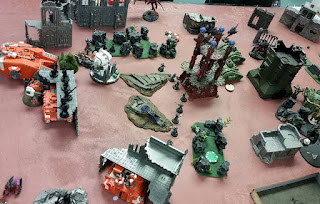 After two of these Random doubles events it was good to have a sit down and a chat about the validity of the Random partner selection to continue on to bigger events. Reflecting back to the biggest doubles tournament that was held in Auckland recently, which was 'GuardCon 2017', with 80 participants as a reference point. The T.O's genuinely felt that the reason normal doubles is more popular is the fact that you can play the whole tournament with your buddy. Knowing that you have your battle brother for all five games of the two day event seems the major plus as well as the predictability of list designing to complement each others force. Both 'Random Doubles' and 'Regular Doubles' definitely has its place in the tournament calendar. After running a few events now, I can say that 'Regular Doubles' is definitely the choice with a 40+ field of players, and 'Random Doubles' would work best as a Single day event up to 40 players for the now. 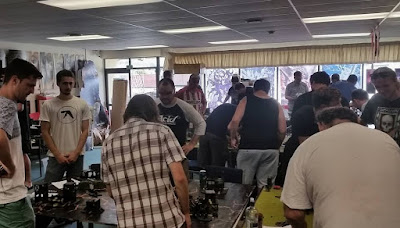 Big Thanks to our Sponsors

Posted by Elven Glades at 00:06 No comments:

Warhammer 40K doubles events seem to be on the rise. They give you the opportunity to make an otherwise 2 person game into much more of a social event. The atmosphere is friendly and the game play is jovial. No wonder it is gaining momentum. It brings out players who want to be competitive and those who are more about the hobby and social side of Warhammer 40k.

Warhammer 40K doubles events usually aren't ranked like Singles (1v1) events. With the introduction of 'Random pairing' each round of the doubles event, it is possible to adjust the tournament so that you can easily find individual goals that give each competitor a unique score for each round played. Juggernaut 2018, we did just that and had scoring conditions that meant every one was able to achieve a unique score every game. With the Random pairing element making it a much more social occasion too.

Here is the results for the first trial of Random pairs 40K doubles that we tried. 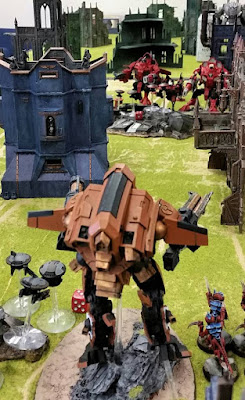 The expertly piloted XV109 Y'vahra, laying waste to the opposition.

Reception post tournament was positive and encouraging. Everyone seemed to have had fun and the restrictions on LOW in such a low points engagement meant lists were much more varied. Even my foot slogger Dark Angels had a good day out on the Table top. We will be holding more of these casual events so keep your eye out and come and participate, meet the crowd :) 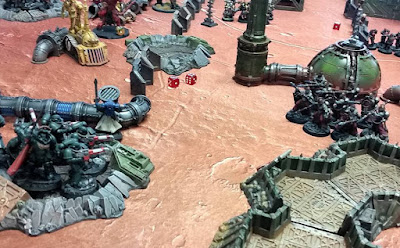 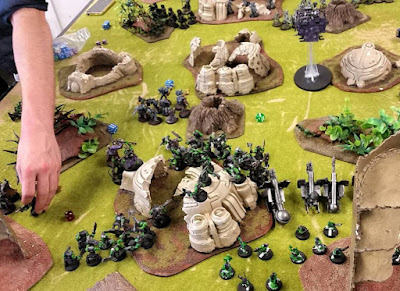 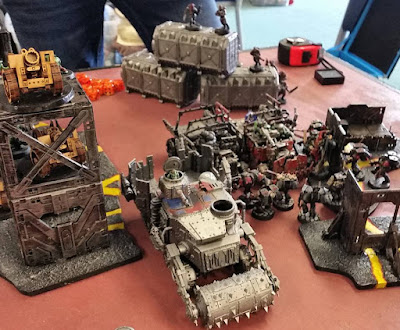 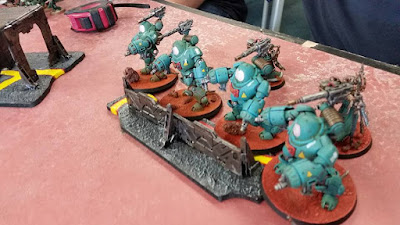 The next event will be "Exterminatus 2018 - Random 40K Doubles'.
Click for the Event page HERE. 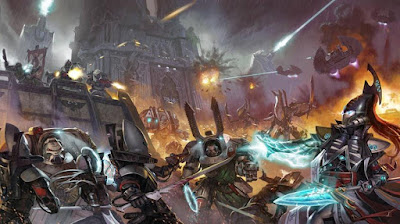 Many Thanks to our sponsors and you the competitor,
without whom we wouldnt have such a great community.

Posted by Elven Glades at 19:04 No comments: